It is that time of the year when people are feeling festive and partying. It is the time of joy and getting together. It is the time of meeting and feasting. Everyone is making merry and feeling good. In the midst of all this, it is worth remembering that it also the time of gifts. Gifts make a really great way to feel someone wanted and good. Every shop, every website, every brand is now vying with the other to to be a gift that rings true and long.

Given the season and the time, we should also consider the right process for choosing gifts. And one of the toughest things to do in recent times is gifting something to men. It is a complicated process. Men are often the misunderstood lot when it comes to perceiving what they want and understanding their psyche. It is often thought that men are in pursuit of all things macho. They are seen as people who go after physique and gadgets more than anything. We are not contesting that, but there exists a group of men who value taste, style and sophistication a lot. There are people who believe in being a personal brand. 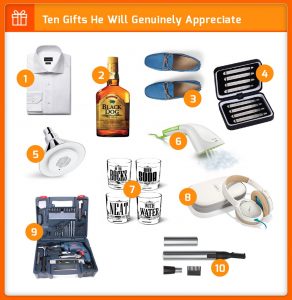 So what are good gifts for men who is an upwardly mobile professional who knows what he wants and works tirelessly and diligently to get it? Well there are many options, but one rings clear. Have you ever tried giving Scotch as a gift? Scotch is a brilliant choice. Why? Scotch is something that has been over the times associated with royalty and aristocracy. In recent times, it is definitely a sign post of a premium lifestyle. Let us look at scotch in detail to get an idea of what it stands for.

Scotch whisky was made from malted barley in the early days in Scotland. Commercial makers then started introducing whisky made from wheat and rye in the late 18th century.

Scotch whisky is mandatorily aged in oak barrels for a minimum of three years. Scotch with an age statement is known as guaranteed-age scotch whisky.

So it is very clear that even by the process of making, it is something that requires utmost care and attention to make and test and sell. Hence just the name invokes a feel of luxury.

Given all this, Scotch is a brilliant idea if you are looking for gifts for him who you care for. Try it out and you won’t Regret it.

Disclaimer: Scotch is Alcoholic in Nature and hence legally can be consumed or gifted when the person receiving or drinking is above the age of 25. Please take a note of this. This Blog does not endorse or support regular consumption of alcohol and this post is just a gift suggestion.